DStv is the only true home of football in Africa, offering a range and depth of action that no other rival can match – it’s literally ‘Unbeatable Football’! If you’re going to spend your money on something, it may as well be on the best football in the world.

Goalkeepers are usually the unsung heroes of a football team, but such has been Mendy’s form and influence for Chelsea in recent weeks that teammates, his manager and pundits have all been lavishing praise on the 29-year-old. 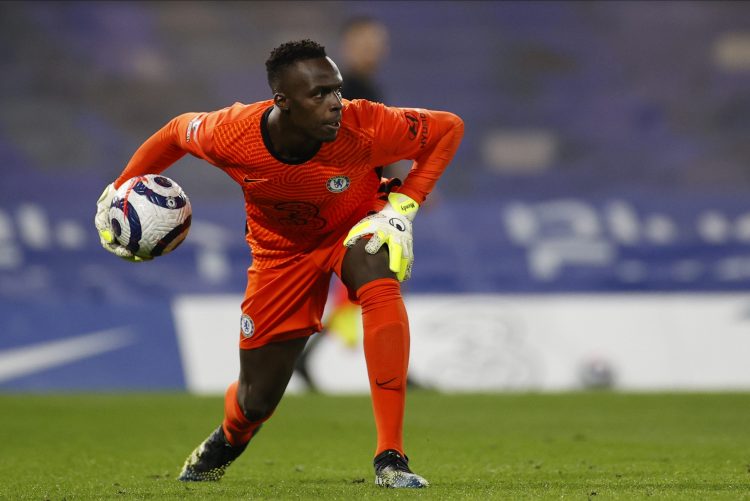 Mendy, who almost quit football back in 2014, joined Chelsea at the start of last season and helped the club win the UEFA Champions League. This season the mission is to conquer the Premier League, with the Blues in a three-way battle against Manchester City and Liverpool to end at the top of the pile in England’s top flight.

And Chelsea’s hopes of doing just that have been boosted by the brilliance of Mendy, who put in a stunning performance last month to help his side claim a key win away to Brentford, and has continued to excel ever since.

“I spent my playing days hammering goalkeepers and I’m breaking the habit of a lifetime here by wanting to focus on the excellence of a No 1. Mendy underlines the importance of a goalkeeper to a title-winning side. He is the final, missing piece that could get [Chelsea] over the line this season,” said Premier League legend Peter Crouch.

“But it is Mendy’s overall contribution that has given them an added calmness since he arrived from Rennes last year. His touch is spot on when dealing with horrendous back passes, he comes and takes crosses with authority.”

Chelsea teammate Antonio Rudiger, meanwhile, believes it is criminal that Mendy was not included on the shortlist for the world’s top individual prize: “Someone explains why he’s not nominated for the Ballon d’Or? What a performance…Edouard Mendy,” Riudger wrote on Twitter.

Ben Chilwell added, “I don’t know how many saves he made, but there were a lot of very important saves and he does it every week for us. He bails us out, whether it’s once or twice, or in this game on several occasions. He’s a world-class goalkeeper and is the one we’ve got to thank.”

Mendy will look to keep another clean sheet when Chelsea welcomes Burnley to Stamford Bridge for an afternoon clash on Saturday 6 November, a match you can see LIVE on SuperSport Premier League and SuperSport Maximo 1.

No rival can compete with SuperSport’s coverage. Our viewers on DStv enjoy an unrivaled selection of football from around the world!

Don’t miss the New Football Season on SuperSport on DStv and GOtv. Visit www.dstv.com to subscribe or upgrade, and join in on the excitement. And while you’re on the move, you can stream matches on the DStv App.

See Edouard Mendy in the following match live on SuperSport:

Namibia to play Ghana in November

Eleven African under-20 national teams will compete in...

Gladiators crash out of Cosafa