SPORT FEATURE: SuperSport viewers on DStv and GOtv can look forward to a classic Serie A rivalry, AC Milan and Internazionale do battle at the San Siro Stadium on the evening of Sunday 7 November 2021.

DStv and GOtv is the only true home of football in Africa, offering a range and depth of action that no other rival can match – it’s literally ‘Unbeatable Football’! If you’re going to spend your money on something, it may as well be on the best football in the world. 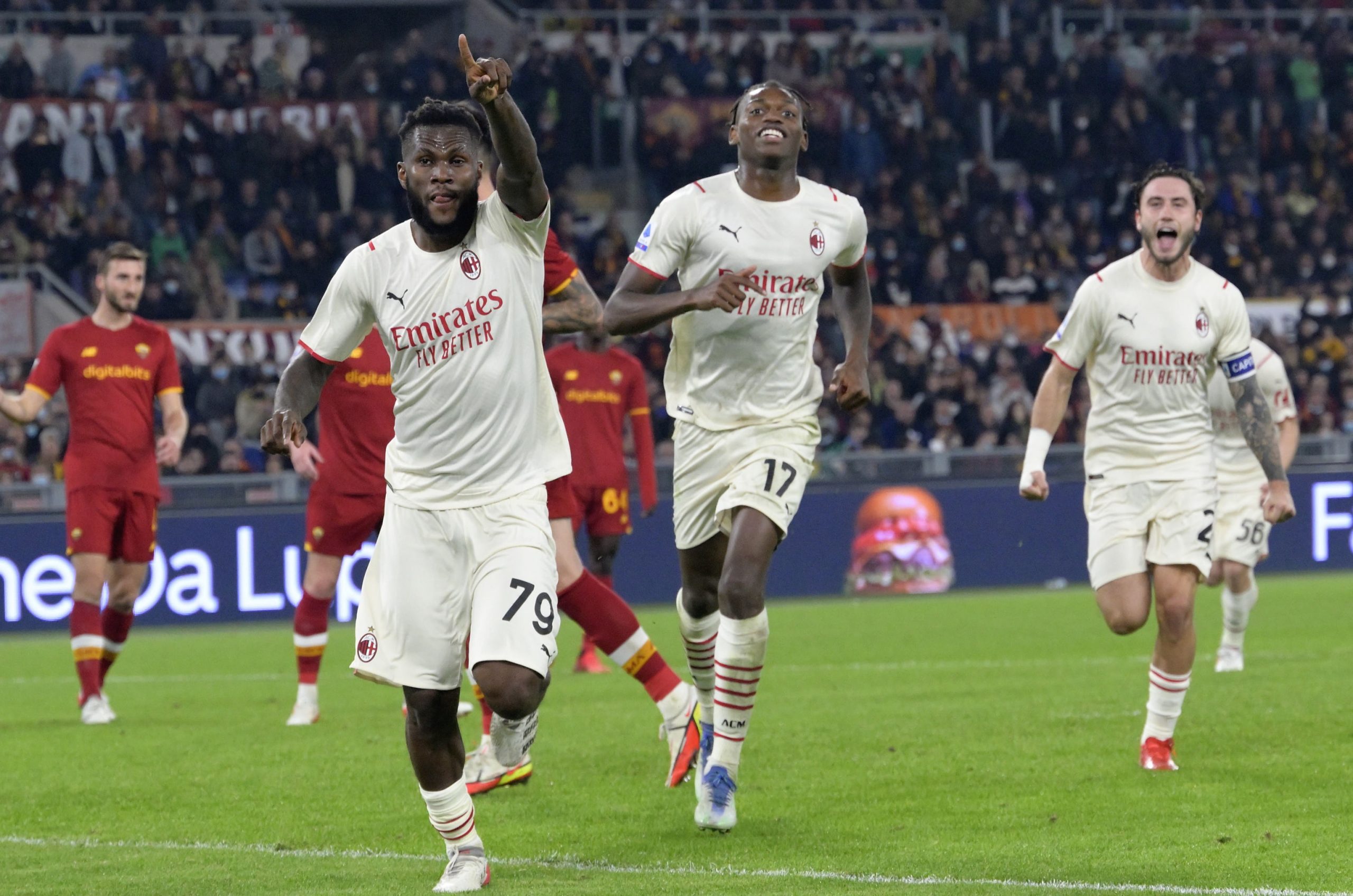 Milan’s Franck Kessie (L) jubilates after scoring the 2-0 lead from the penalty spot during the Italian Serie A soccer match between AS Roma and AC Milan in Rome, Italy, 31 October 2021. EPA/CLAUDIO PERI

The ‘Derby Della Madonnina’ is named in honor of one of the main sights in the city of Milan, the statue of the Virgin Mary on the top of the Duomo (Milan Cathedral), which is often referred to as the Madonnina (‘Little Madonna’).

This game will see two of Italy’s great clubs – as well as Scudetto rivals for this very season – battle for three key points as they look to keep pace with Napoli and other heavyweights in the race for the title.

“We have to play to win every single game, we played with quality and energy,” said Milan manager Stefano Pioli. “It means we are growing. Is Tonali talking about the Scudetto? It’s right that the guys ride this dream, at every game we have the chance to show that we can compete.”

Inter manager Simone Inzaghi knows his team will be up for the battle on Sunday: “This is one of the great rivalries in Italian football, a beautiful game to be a part of. We expect many difficulties against a team of Milan’s quality, but we will also cause them plenty of problems… the team which solves them best will take the points.”

Franck Kessie – The Ivorian midfielder is one of Milan’s top-performing players and even though he and the club have failed to reach an agreement over a new contract, his on-pitch endeavors remain of the highest caliber – and the Rossoneri will need that again for this derby.

Nicolo Barella – The dynamic 24-year-old is Inter’s all-action midfield maestro, combining graft and craft in equal measure. Barella will be hungry to secure victory for the Nerazzurri and both bring them back into the title race and claim the Milan city bragging rights.

In head-to-head stats, Milan and Inter have met in 228 competitive matches since their first clash back in 1909, with the Nerazzurri claiming 84 wins compared to 77 for the Rossoneri, while 67 games have been drawn.

The teams each claimed an away win over the other in their Serie A meetings last season, with Milan winning 2-1 in October 2020 and Inter claiming revenge with a 3-0 triumph in February 2021.

Stefano Pioli v Simone Inzaghi – Pioli has been in position a lot longer than Inzaghi, but both will feel confident about their team’s ability to assert a game plan on their opponents. This tactical battle of wits will be a fascinating watch.

Fikayo Tomori v Edin Dzeko – Tomori has been one of Serie’s best center-backs for a while now, but he’ll need all of his skills and resilience to quell the threat of crafty veteran Edin Dzeko, who has already become something of a cult hero for Inter. 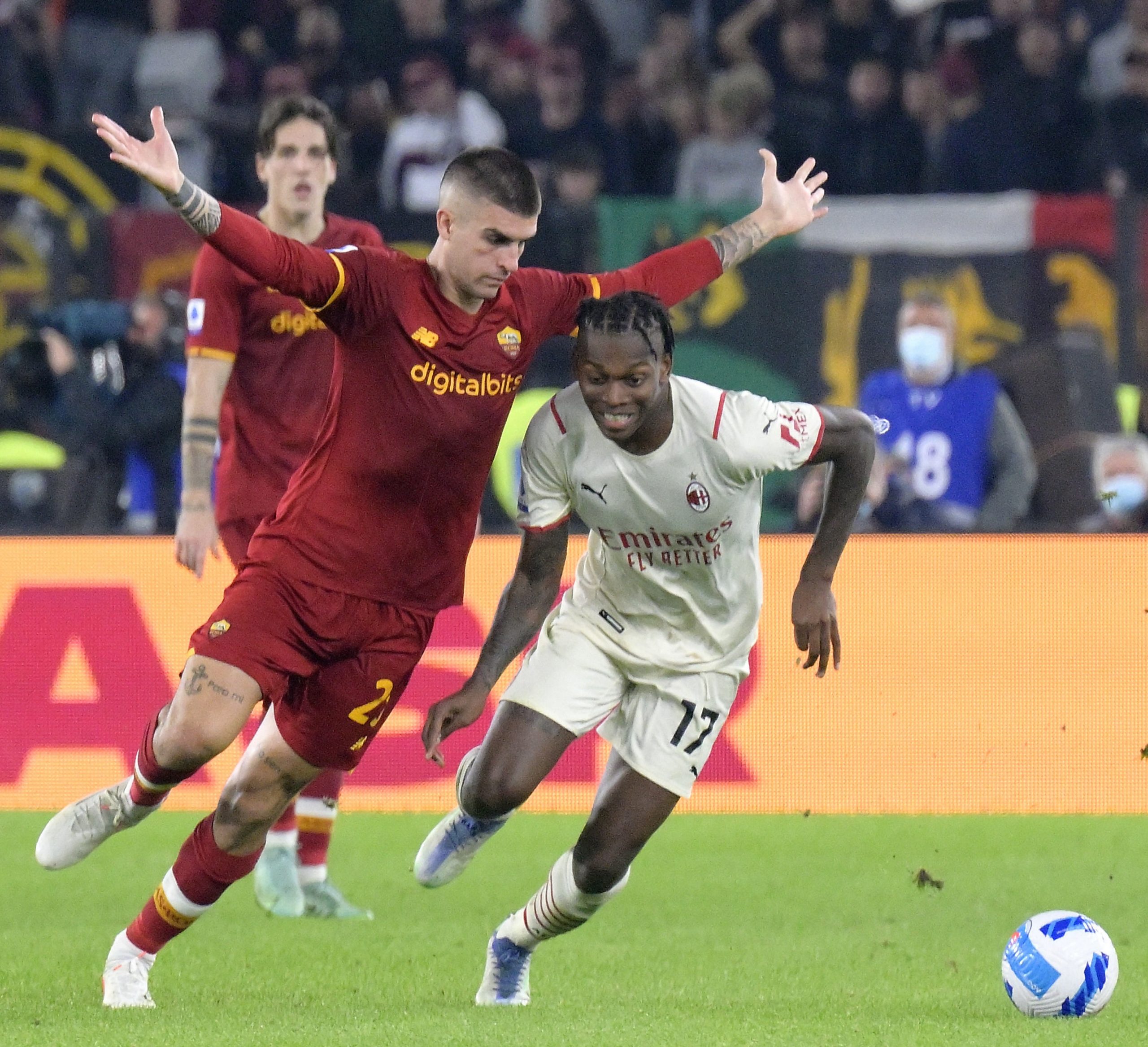 Roma’s Gianluca Mancini (L) and Milan’s Rafael Leao struggle for the ball during the Italian Serie A soccer match between AS Roma and AC Milan in Rome, Italy, 31 October 2021. EPA/CLAUDIO PERI

Olivier Giroud v Stefan de Vrij – Giroud has settled well into life in Milan and has become their preferred option to lead the attack. The Frenchman will come up against resilient Dutchman Stefan de Vrij in a battle that could go a long way in deciding this derby.

No rival can compete with SuperSport’s coverage. Our viewers on DStv and GOtv enjoy an unrivaled selection of football from around the world!

NNOC calls on coaches to register for coaching...

Fight is on for last NPL spot