WINDHOEK, OCT 6 – The 16th round of the 2021 Formula 1 World Championship, the Turkish Grand Prix, will this weekend come live from Intercity Istanbul Park on the afternoon of Sunday 10 October 2021.

The previous round in Russia saw Mercedes’ Lewis Hamilton claim his 100th race win, while arch Max Verstappen of Red Bull Racing-Honda came from the back of the grid to finish second. The result means the Drivers’ Championship battle remains incredibly tight: Hamilton leads with 246.5 points, but Verstappen is breathing down his neck with 244.5. 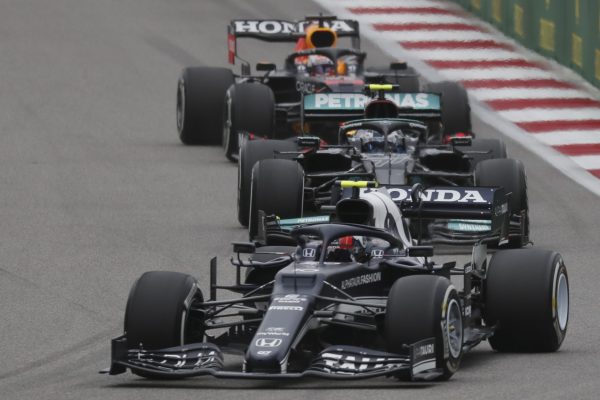 French Formula One driver Pierre Gasly (front) of Scuderia AlphaTauri Honda in action during the 2021 Formula One Grand Prix of Russia at the Sochi Autodrom race track in Sochi, Russia, 26 September 2021. EPA/Yuri Kochetkov

“To come from last to second is a huge effort. The Red Bulls are so fast,” Hamilton said of Verstappen’s exceptional damage-limitation drive in Sochi. “They’ve been quickest pretty much most of the year. They’ve done a great job.

“To come from last, have a penalty, two penalties…whatever it was, and come back to second, that is mega damage limitation. We’ve got to see what we can do moving forwards. It’s going to be tough to beat them, but we’re going to give it everything.”

Verstappen and Red Bull made the right call by going to intermediate tyres in the latter stages as the rain poured down, putting them in perfect position to claim second spot. 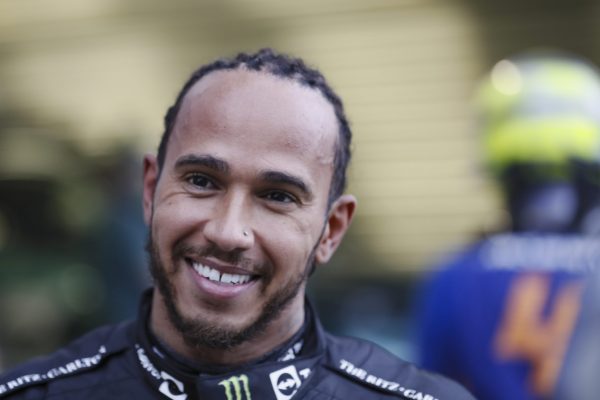 “This one definitely came a little bit out of nowhere towards the end, but we made the right call to go from the slicks to the inters,” explained the Dutchman. “The team kept asking me: ‘how are the conditions? What do you want to do?’ And at one point, it was so tricky to drive, I said: ‘okay, let’s box now, we’ll go for it’ – and that was the right call.”

A driver who sadly didn’t make the right call was McLaren-Mercedes’ Lando Norris, who looked set to try and hold off Hamilton in the latter stages for his first career win, but opted to remain out on dry-weather tyres. The track soon turned too slippery for him to keep up the pace, and he ultimately dropped down to seventh.

“It’s just a bit of heartbreak, you know. I felt like I did everything I could, even when it got tricky at the end. I made a couple of mistakes, but I still kept Lewis behind and started to pull away a little bit,” explained Norris.

“So, a bit of luck – the laps I was out before Lewis boxed, it was, I think, perfectly fine for the tyres I was on, and I got told the rain was going to stay the same amount. So, if it was the same amount, we had the right decision. Staying out was the correct decision, but it obviously got a lot wetter than we as a team expected, and that had us over in the end.”

The Turkish GP returned to the calendar in 2020 after nine years of absence. Last season’s event at Intercity Istanbul Park saw a surprise pole position from Racing Point (now Aston Martin) driver Lance Stroll, but it was Hamilton who claimed the race victory and sealed his record-equalling seventh Drivers’ Championship. – MultiChoice

“We should start build for the future now”:...