Such a grim reality, as experts and health officials asserted, arose from a considerable decline of vaccination, and testified to a typical lack of common sense about science in this country.

Such a grim reality, as experts and health officials asserted, arose from a considerable decline of vaccination, and testified to a typical lack of common sense about science in this country.

According to data from Johns Hopkins University, the pandemic has claimed 700,258 American lives as of Friday evening, with the total cases standing at 43,615,149, both the highest in the world.

“An overwhelming majority of Americans who have died in recent months, a period in which the country has offered broad access to shots, were unvaccinated. The United States has had one of the highest recent death rates of any country with an ample supply of vaccines,” reported The New York Times on Friday.

The latest COVID-19 deaths were concentrated in the South and included younger people than before. “Every age group under 55 saw its highest death toll of the pandemic this August,” said the report.

October is the 19th month that the United States sustained its fight against the COVID-19 pandemic, whose death toll on Sept. 20 surpassed that of the 1918 influenza pandemic, which was estimated at 675,000, making it the deadliest pandemic killer in the country. 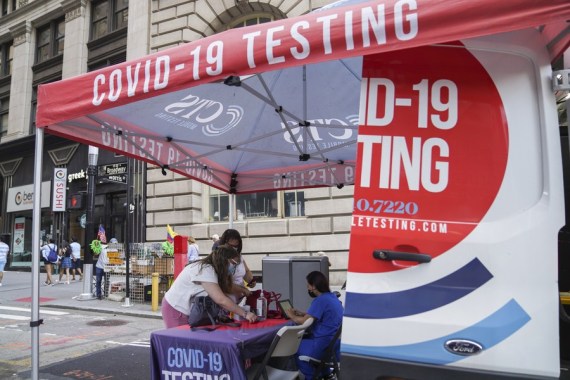 U.S. Democratic Senator Dianne Feinstein from California introduced a bill on Wednesday that would require vaccination, a negative coronavirus test, or recovery from COVID-19 to take a domestic flight. “The push for coronavirus vaccine and testing mandates in the sky has another proponent,” reported The Washington Post.

“We can’t allow upcoming holiday air travel to contribute to another surge in COVID-19 cases,” the legislator tweeted.

“It only makes sense that we also ensure the millions of airline passengers that crisscross our country aren’t contributing to further transmission, especially as young children remain ineligible to be vaccinated,” Feinstein said in her statement.

“This bill complements similar travel requirements already in place for all air passengers … who fly to the United States from foreign countries,” added the senator.

In September, U.S. President Joe Biden’s chief medical adviser, Anthony Fauci, said he would support a vaccine mandate for air travel. He told U.S. media that the possibility was “on the table.”

Some airlines, like United, Frontier and Hawaiian, have already begun requiring their workforce, but not passengers, to be vaccinated against the virus. 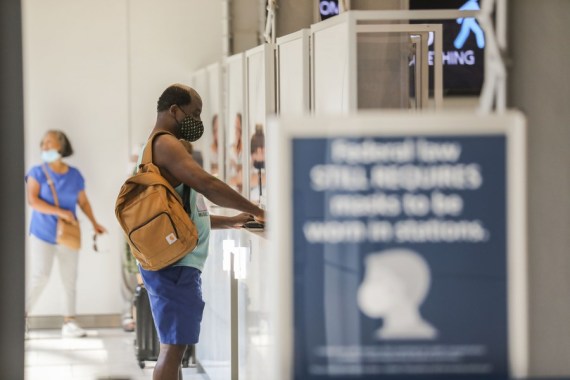 On Friday morning, New York City Mayor Bill de Blasio said during his weekly appearance on local radio that more than 90 percent of the New York City’s public school teachers have been vaccinated against the coronavirus, which is enough for schools to operate safely when the Department of Education’s immunization mandate takes effect next week.

Also on Friday, with an order approved by Governor Gavin Newsom, California became the first U.S. state to announce plans to require student vaccination for COVID-19 by adding the vaccine to the list of vaccinations required for schools, such as the vaccines for measles, mumps and rubella.

Another encouraging vaccination news was that, two days after United Airlines announced plans to fire nearly 600 workers who clashed with its COVID-19 vaccine mandate, almost half of those staff submitted proof of vaccination, the airline said on Thursday, as it prepared to enforce some of the air industry’s strictest vaccine rules.

Employer COVID-19 vaccine mandates have become increasingly common in the United States. So has public acceptance. However, opposition to some of those rules remains strong, reported CNN on Friday.

A series of recent survey questions show a clear majority is on board with various groups of workers, such as health care workers, government employees, or teachers, being required to get vaccines or stop working. But a clear split remains over requiring a broader range of employees to get vaccinated — unless they are given the option of being tested weekly for COVID-19 to remain unvaccinated.

“There seems to be slightly more acceptance of the idea of mandates,” Liz Hamel, vice president and director of public opinion and survey research at The Henry J. Kaiser Family Foundation, was quoted as saying. “But I wouldn’t call it popular.”

As the United States saw an alarming rise in the number of unvaccinated expectant mothers hospitalized with COVID-19, the U.S. Centers for Disease Control and Prevention (CDC) weeks ago urged all pregnant people to get vaccinated. The recommendation came after new safety data showed no increased risks of miscarriage for those who received at least one dose of the Pfizer or Moderna vaccine before 20 weeks of pregnancy.

However, almost two months later, vaccination rates among the country’s pregnant people remain “extraordinarily low,” CDC Director Rochelle Walensky said at a White House briefing earlier this week. According to the latest data, only around 32 percent of pregnant people are fully vaccinated against COVID-19.

COVID-19 poses a severe risk during pregnancy, when a person’s immune system is tamped down and raises the risk of stillbirth or another poor outcome, according to the CDC. Twenty-two pregnant people in the United States died of COVID-19 in August, the highest number in a single month since the pandemic started. About 125,000 pregnant people have tested positive for the virus, among which 22,000 have been hospitalized, and 161 have died.

Pregnancy is on the CDC’s list of health conditions that increase the risk of severe COVID-19. “Though the absolute risk of severe disease is low, pregnant patients who are symptomatic are more than twice as likely as other symptomatic patients to require admission to intensive care or interventions like mechanical ventilation, and maybe more likely to die,” it said of the coronavirus.

“(The) CDC issues urgent health advisory, strongly recommends #COVID19 vaccination for those pregnant, recently pregnant or trying to become pregnant or who might become pregnant in the future to prevent serious illness, deaths, & adverse pregnancy outcomes,” tweeted the agency earlier this week.

“It was kind of all across the board that they recommend getting it. I think that it is important to really value medical professionals that are seeing this stuff up front,” Walensky told U.S. media about this situation. – Xinhua

U.S. needs to work with China in pandemic...

U.S. running out of affordable places for people...