WINDHOEK, SEPT 21 – Content creation has not only become a lifestyle for individuals who want to have their content accessible to a large audience, but because of the popularity of a number social media platforms, content creation has become a means for many young people to generate an income. Sites such as Instagram have become some of the most successful tools for creatives to display and market their creative portfolios.

Nedbank Namibia recently used young Namibian social media content creators to work on the bank’s Private Banking ‘Young Professionals’ advertising campaign. The campaign, targeted at young people who have just entered the job market, is not only most suited to run on social media platforms, because they are most accessible to the youth, but the Nedbank Marketing team knew that the campaign was only going to meet its true intent if it was created by young Namibian content creators. Thus KP Studios was selected to conceptualise and direct the Nedbank Namibia ‘Young Professionals’ campaign.

Nedbank Namibia’s Marketing Manager for Digital and Brand, Veruschka de la Harpe, said that the selection of a young team to work on the campaign was intentional, “having a 90 percent all Namibian creative team was part and parcel of the vision and objective of the campaign. As a bank whose ethos is to take money seriously, as well as to see money differently, this campaign had to communicate just that to the targeted market.”

KP Studios is a Namibian creative collective made up of Ericke Tjiueza and Kevin Perestrelo. The duo, see themselves as aesthetic storytellers, who create with the intent of incorporating representation, especially for minority African identities and cultures. Their areas of expertise include, photography, videography, and overall creative concept development.

The two have come to work well together with each other, each bringing their own unique expertise to the business. Ericke is the conceptualiser and storyteller, he also takes on the role of director, photographer, stylist and creative director. Kevin, on the other hand, is a photographer and film maker/auteur. He is able to compose the story and incorporate his unique visual aesthetic to enhance the concept. With no formal training, Kevin has gained a lot of his experience from working closely with a number of renowned Namibian creatives, who have taught him some tricks of the trade, “All my past experiences in the creative industry have carved out the type of artist I am,” he added. In his short career, Kevin has already collaborated with a number of major industry players including, The Namibian Presidency, The European Union, and USAID just to mention a few.

The running concept for the Nedbank Namibia ‘Young Professionals’ campaign celebrates multifaceted young individuals. The idea is meant to afford audiences a different perspective from the overarching societal opinion that once entering the job market, one can only pursue one career in their lifetime. “Many Namibians have grown up in social and professional environments which remind them of their limitations. This is an antiquated notion because as a generation full of potential and multidimensional identities – there is a need to provide visibility and foster representation while reinforcing the brand values of the bank,” added Ericke. 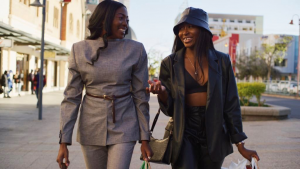 The campaign’s visuals feature Namibian sisters, La-Toya ‘Lioness’ and Gina ‘Jeanz’ Mwoombola, and expands on their multi-layered careers, and how they are able to easily transition between them. Latoya is a medical doctor by profession, but is also a popular award winning rapper/musician, while her sister, Gina is a music producer and DJ by profession and also works as a renowned creative director. The Nedbank Namibia ‘Young Professional’ campaign visuals shows sisters in their working elements, and illustrates how they are able to easily move between them harmoniously. The campaign visuals also capture some uniquely Namibian visuals which showcase Namibia’s most picturesque landscapes and cityscapes.

The Nedbank Namibia’s ‘Young Professionals’ campaign is to date KP Studio’s biggest campaign. The team noted that they appreciated being trusted with the opportunity of working on a project of this magnitude. “The experience we gained from working on this project is invaluable,” according Kevin. 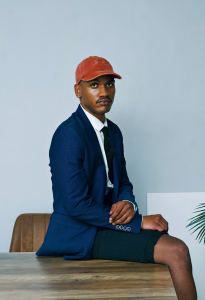 Ericke explains that the logistics and technical aspects of the project such as production, scheduling and budgeting were some of the learning they had faced. “The toughest period we had while working on the project was production week, and the learning that came from it. However, we had an incredible team of creative thinkers who were eager to do their best on the campaign–many of whom had never worked on a campaign of this caliber,” he said.

“I am extremely proud of the entire team who worked on this project to create these very intentional, relatable visuals that echo the Nedbank Namibia brand message of inclusivity, diversity, and rightfully shows us as a Namibian financial institution which respects the young agile professionals within their respective industries,” said Nedbank Marketing Manager Veruschka de la Harpe. 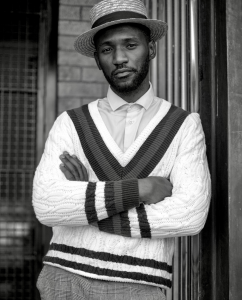 Taking from this experience the team advises other young Namibian creatives to not shy away from their dreams. “Even when your knees shake and your voice stutters—show up,” says Kevin. “We want to do great work for our local creative industry and we’re most excited about more corporate marketing teams embracing our new but relevant and insightful marketing approach,” Ericke added.

The Nedbank Namibia ‘Young Professionals’ campaign was launched on 6 August 2021 via a live event on Facebook. The campaign is premised on the five pillars of Nedbank’s client value proposition, which aims to provide young professionals with convenient banking, expert advice on saving, managing their finances, financing their dreams to ensure their growth, as well as adding value to their lives through benefits that matter to them and their families. – NDN Staffer

The demise of AirNamibia,saddens the nation.

Manchester City a step closer to the UEFA...